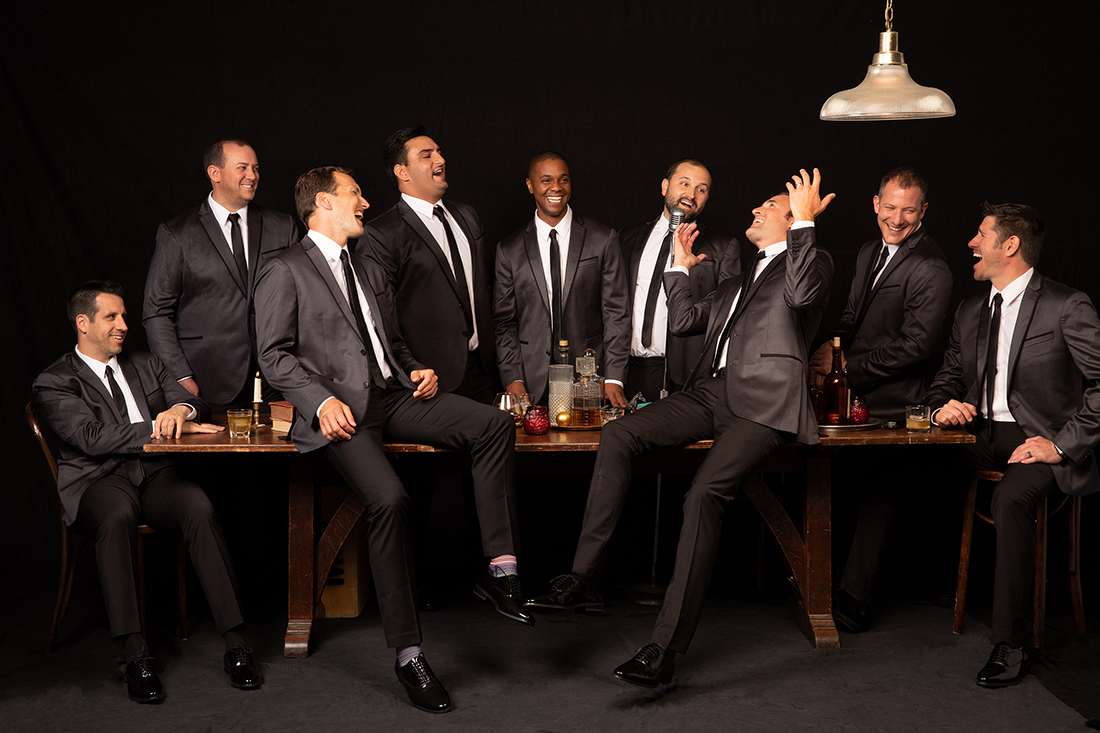 Founded at Indiana University, Straight No Chaser has become one of the world's top a cappella groups.

CARMEL, Ind. – An exclusive performance by celebrated a cappella group Straight No Chaser is among the highlights of the Center for the Performing Arts’ 10th Anniversary Gala on Sept. 12.

Presented by Krieg DeVault, the annual gala supports the artistic and educational programming at the Center, which will mark its 10th anniversary and welcome its millionth patron during the upcoming 2020-2021 performance season.

The evening begins at 6 p.m. with the First Merchants Bank Cocktail Reception and continues with an elegant dinner, live auction, the Straight No Chaser performance and an afterparty with dancing and cabaret performances until midnight. Michael Feinstein, the Center’s artistic director, also will perform as he hosts the Great American Songbook Hall of Fame inductions of singer-songwriter-actress Peggy Lee (“Fever”) and composer-playwright Meredith Willson (The Music Man).

Co-chairing this year’s Gala Committee are Carmel residents and Center supporters Eric and Leah Payne and Ron and Suzanne Mencias. Ron Mencias and Eric Payne, a Center board member, are founders and managing directors of the Payne & Mencias Group at Merrill Lynch, sponsor of the Palladium’s Payne & Mencias Box Tier.

Last year’s gala, which netted over $300,000 in support for the Center, sold out quickly. Guests are encouraged to reserve their tables or seats as soon as possible. Suggested attire is black-tie optional.