CARMEL, Ind. – Soul singer Allison Victoria, jam band 800 lb. Gorilla and indie-rockers Veseria are the latest acts scheduled in the Center for the Performing Arts’ new Studio Series, which presents the best in local and regional original music in an intimate nightclub-style or listening-room setting. 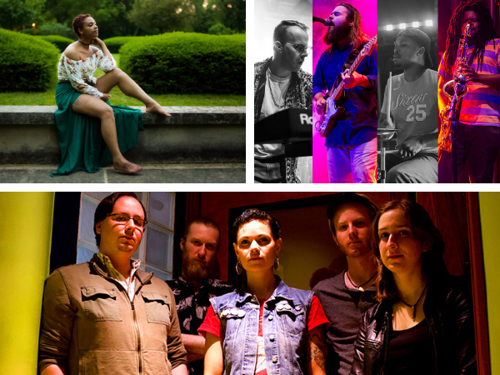 Better known for its stately 1,600-seat Palladium concert hall, the Center hopes to attract a young and diverse audience to more casual events at its black-box Studio Theater, which can be set up in various configurations from standing space to 200-person seating. Studio Series events feature a cash bar and free parking in the adjacent Center Garage off 3rd Avenue SW.

The series kicked off Dec. 6 with a co-headlined bill of singer-songwriter Brett Wiscons and indie-folk band Sarah Grain & the Billions of Stars. On sale starting at 10 a.m. today are tickets for three fresh dates:

Each show begins at 8 p.m. and is open to all ages. Tickets are $20 at the door or $15 in advance through the Palladium Box Office, online at TheCenterPresents.org or by phone (317) 843-3800. The concerts are part of the 2019-20 Center Presents Season sponsored by Allied Solutions.