Earth, Wind & Fire dominated the '70s with their monster grooves and high-energy, danceable hits, garnering 20 Grammy Award nominations (winning six as a group) and a Hall of Fame Induction along the way.

The music of EWF has origins in Jazz, R&B, Funk, Disco and Soul, culminating in the perfect Pop storm. The style and sounds of the greatest hit recordings by Earth Wind & Fire throughout the decades were built by founder and creator Maurice White and the contributions of a stellar collective of some of the best musicians in the world.

Get swept up in the musical whirlwind and relive the glory days under the Maurice White-led era of EWF as Legacy Reunion reunites former members of the EWF family to continue the tradition now spanning 5 decades.

Legacy Reunion without fail gets people on their feet dancing as they bring to life the greatest hits in extolment of one of the world's best-selling bands of all time. 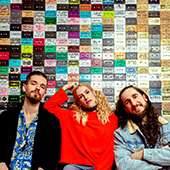 Canceled - Walk Off The Earth 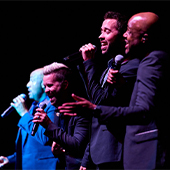 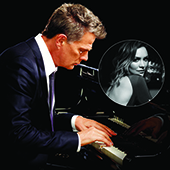 Canceled - Walk Off The Earth

As we continue to face the coronavirus crisis, health and safety remain the Center’s top priorities. Our thoughts are with everyone affected, and we urge all to follow the advice of public health authorities.

Make an impact: With limited venue capacity posing significant financial challenges for nonprofit arts organizations, your support is more important than ever. To make a tax-deductible contribution to the Center during this time of uncertainty, please give here now or text "Palladium" to 41444.