This class is both a look at the history and evolution of stand-up comedy and a practical course that will cover joke mechanics and writing for stand-up as well as performance theory and practice. Over the course of the class, each student will write and practice a five-minute routine to perform for friends and family at the graduation show.

Recommended for ages 17 and up. Class is limited to 15 participants. A minimum of 10 students is required to conduct the class.

Recent graduates of the class say:

“I cannot imagine any aspect of the class that could have been better. These types of experiential learning classes are fantastic."

“I learned that getting outside my comfort zone … can be a growth experience. The comedy class was a great learning experience.”

Participants examine clips of stand-up over the decades, discuss its origins, and explore how it has evolved to reflect societal changes.

Participants diagram the jokes viewed in week one and discuss humor writing techniques and joke mechanics.

Participants discuss performance theory and different ways of telling jokes, from deadpan to big act-outs. During the first three weeks, the students are crafting their own five-minute comedy sets.

Participants practice their sets in class, do peer review, give notes, and work on any big ideas or shifts they want to make to the set.

Participants perform their routines in a graduation show for their friends and family.

Because of current limits on public gatherings, this year’s graduation show will not be open to the public. It will be for friends and family only, and capacity will be limited.

Who should take this class?

This class is perfect for anyone wanting to improve their presentation skills or those wanting to cross “performing as a stand-up comedian” off their bucket list. Participants should make every effort to attend each class session and the graduation show.

Dwight Simmons hails from Indianapolis and has performed stand-up in nearly every state in the country. He started telling jokes while in school at Indiana University and immediately fell in love with it. In 2018, his self-produced album Sip and Pass reached No. 1 on the iTunes comedy charts, making it his second release to do so. In that same year, he was the Indiana selection for Thrillist’s “Best Undiscovered Comedian from Every State.” Dwight’s comedy has been featured on Kevin Hart’s LOL Radio on Sirius XM and on The Bob & Tom Show, for which he is also a writer. He is a co-director of the prestigious Limestone Comedy Festival and the creator and host of the web series BrewTube Comedy. More information is available at www.dwightsimmons.com. 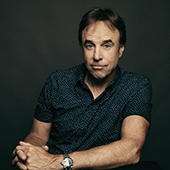 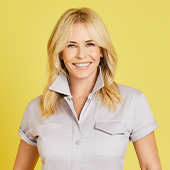 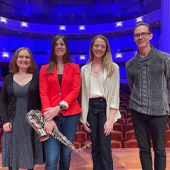