In every genre of music, there are those who redefine the genre and even go beyond to influence others outside of their discipline. We may refer to these individuals as “trailblazers.” Trailblazers in jazz include clarinetist-saxophonist Sidney Bechet, trumpeter Miles Davis, pianist Dave Brubeck and drummer Elvin Jones. The discussion will explore why these artists’ contributions were so pivotal in the development of jazz, how their influence extended to other musicians and other forms of expression, and how today’s artists approach jazz performance differently because of their influence. 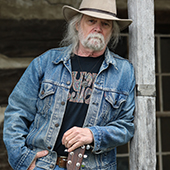