Petite Symphonie Charles Gounod
Seascape Ruth Gipps
Septet for Winds Jaap Geraedts
Variations on a Theme by Haydn Johannes Brahms
Music of the Romantic era and a bit of the Twentieth Century is on this concert. French composer Charles Gounod (1818-1893) is best known for his operas Faust and Roméo et Juliette as well as the Alfred Hitchcock television theme Funeral March of a Marionette. He wrote Petite Symphonie in 1885 for French flute virtuoso Paul Taffanel, and we will hear IWS Principal Flute Carl Butler with nine other players in this beautiful work from the height of the Romantic era. Ruth Gipps (1921-1999) was an English composer who studied with Vaughan Williams and Gordon Jacob and founded the Portia Wind Ensemble in the 1950s. She wrote Seascape for this ensemble, and the work shows impressionist influences. Jaap Geraedts was only fifteen and living in the Netherlands in 1940 when he wrote the brief and moody Septet for Winds. It was never published during his lifetime and was discovered after his death in 2003. Johannes Brahms (1833-1897) was one of the greatest of the Romantic period composers, and his four symphonies are among the treasures of the time. He wrote tonight’s work in 1873 for full orchestra and it is was scored for wind ensemble by Mark Popkin, a bassoonist who performed with the Houston and New Jersey Symphonies. The theme is instantly recognizable as the St. Anthony Chorale, which later was discovered probably not to have actually been written by Haydn, and the version of the tune that Brahms heard was in a piece for wind ensemble. Tonight’s performance returns the melody to its original setting for winds with Brahms’ brilliant orchestral setting.
You May Also Like: 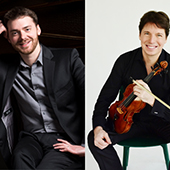 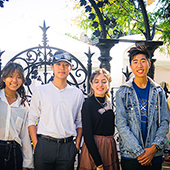 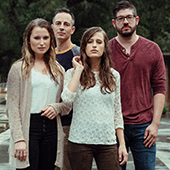