JazzTalk: A Conversation with Paula Cole

JazzTalk: A Conversation with Paula Cole

Since making her first splash in the ’90s with the pop hits “Where Have All the Cowboys Gone?” and “I Don’t Want to Wait,” Paula Cole has distinguished herself as a songwriter, music producer and interpreter of traditional tunes and American Songbook standards.

More recently, Cole has rekindled her love of singing jazz, her initial ambition as a student at Boston’s Berklee College of Music, where she serves as a visiting scholar. Her 2017 double album Ballads included timeless titles like “Skylark” and “Autumn Leaves.” Her latest release, 2021’s American Quilt, is a showcase of blues, jazz, folk, pop and gospel favorites including “Shenandoah,” “Bye Bye Blackbird” and “What a Wonderful World.”

Join us for this engaging conversation in anticipation of Cole’s co-headlining performance with jazz singer Madeleine Peyroux on Oct. 20 at the Palladium.

JazzTalk is a series of informal online conversations with jazz artists performing in the current Center Presents season. Host Todd Williams is a nationally known saxophonist, composer and music educator who first gained national fame as a member of Wynton Marsalis’ ensembles. Williams talks with each guest about a variety of topics, including their background, inspirations and current work. Viewers can join in via Zoom and pose questions after the discussion. Participation in the webinar is free. 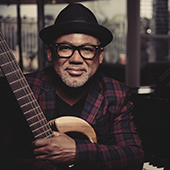 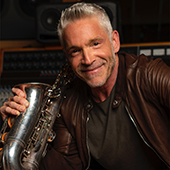 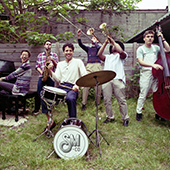 Sammy Miller and The Congregation

Sammy Miller and The Congregation

Please note: Some artists may require masking and proof of vaccination or a negative test to attend. See affected performances.