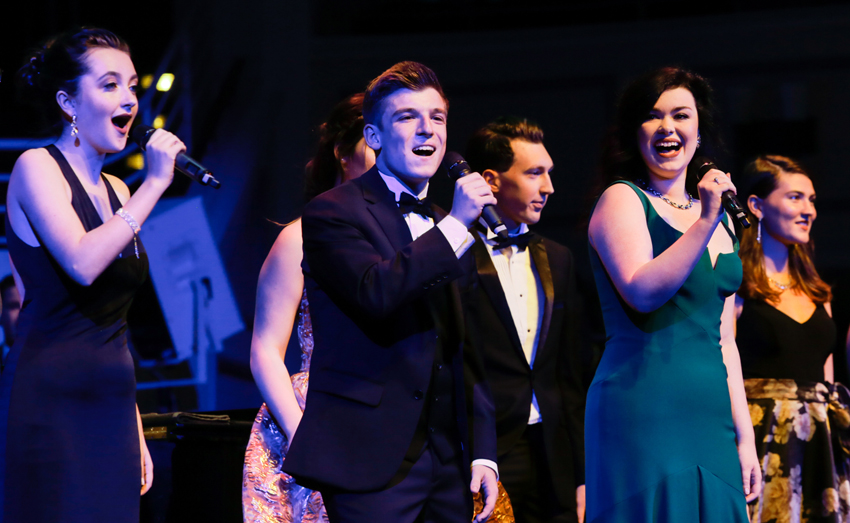 Now in its tenth year, the weeklong Songbook Academy is the only high school intensive in the United States focused on the jazz standards and classic Broadway and Hollywood tunes known as the Great American Songbook. The 2019 academy is scheduled July 13-20 at the Songbook Foundation’s headquarters, the Center for the Performing Arts in Carmel.

Only 40 students nationwide are selected each year for this life-changing opportunity to experience workshops, masterclasses and mentoring from arts and entertainment professionals and educators. Along with Feinstein, past mentors have included:
• Broadway stars Jarrod Spector (Jersey Boys, The Cher Show), Eden Espinosa (Wicked, Rent) and Laura Osnes (Cinderella, Bonnie & Clyde, Anything Goes, Bandstand);
• Actors from Broadway’s Mean Girls, Carousel and the National Tour of Hamilton the Musical;
• Grammy-winning singers Sylvia McNair, Sandi Patty, Jane Monheit, and Janis Siegel and Cheryl Bentyne of the Manhattan Transfer.

Participants build relationships with peers and pros, perform before live audiences of 1,000-plus and join the Songbook Academy Alumni Network to stay connected and informed about college programs, auditions and performance opportunities.

“I have never learned more in one week,” says Stanford University theater major Johnny Rabe, a Chicago native who had already made his Broadway debut (Ralphie in A Christmas Story, The Musical) before attending the Academy in 2018. “I am more confident as a performer and as a person, and it is thanks to the relationships and experiences that the Songbook Foundation provided for me. I would highly recommend the program to everyone.” 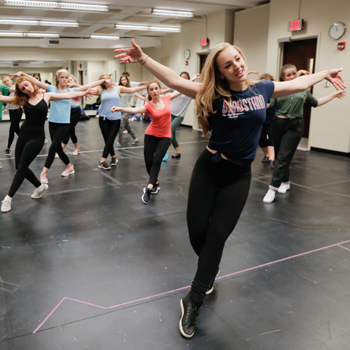 The week culminates in the Songbook Academy Finals, a performance and competition presented by the Center for the Performing Arts in its acoustically superior 1,600-seat Palladium concert hall. Awards are presented for excellence in several categories, with the top performer earning the coveted title of Songbook Youth Ambassador.

Current Songbook Youth Ambassador Lily Rasmussen, a Kentucky native and first-year student at Marymount Manhattan College, has a performance schedule that includes singing the National Anthem at an NFL game, appearing with Feinstein in New York City and performing at the annual Great American Songbook Hall of Fame gala. Previous ambassadors and other alumni have appeared on network television and performed at such venues as Kennedy Center, Lincoln Center and Carnegie Hall.

“These young peoples’ lives are forever changed by the experience, and they stay bonded to each other,” Feinstein says. “Whether they become professional musicians or not is not the point. The goal is just to give them the joy of experiencing this music and the eloquence and beauty of the emotions and feelings that are expressed in it, and to see what it can do for the soul and the spirit.”

How to apply
To be considered for the Songbook Academy, high school students living in the United States are invited to submit videos with performances of two contrasting songs from the American Songbook genre. Submissions are evaluated by a panel of music educators and industry professionals who provide written feedback to every applicant. This year’s application deadline is March 1, 2019.

About the Great American Songbook Foundation
The mission of the Great American Songbook Foundation, founded in 2007 by five-time Grammy® Award nominee Michael Feinstein, is to inspire and educate by celebrating the timeless standards of pop, jazz, Broadway and Hollywood. Headquartered at the Center for the Performing Arts in Carmel, Indiana, the Foundation advances this rich legacy by curating physical artifacts of its creators, performers and publishers; operating a multimedia exhibit gallery; overseeing the Songbook Hall of Fame; offering programs for the public and research opportunities for scholars and artists; and providing educational opportunities for student musicians. The Foundation is a Cultural Affiliate of the Los Angeles-based Grammy Museum®. More information is available at TheSongbook.org.