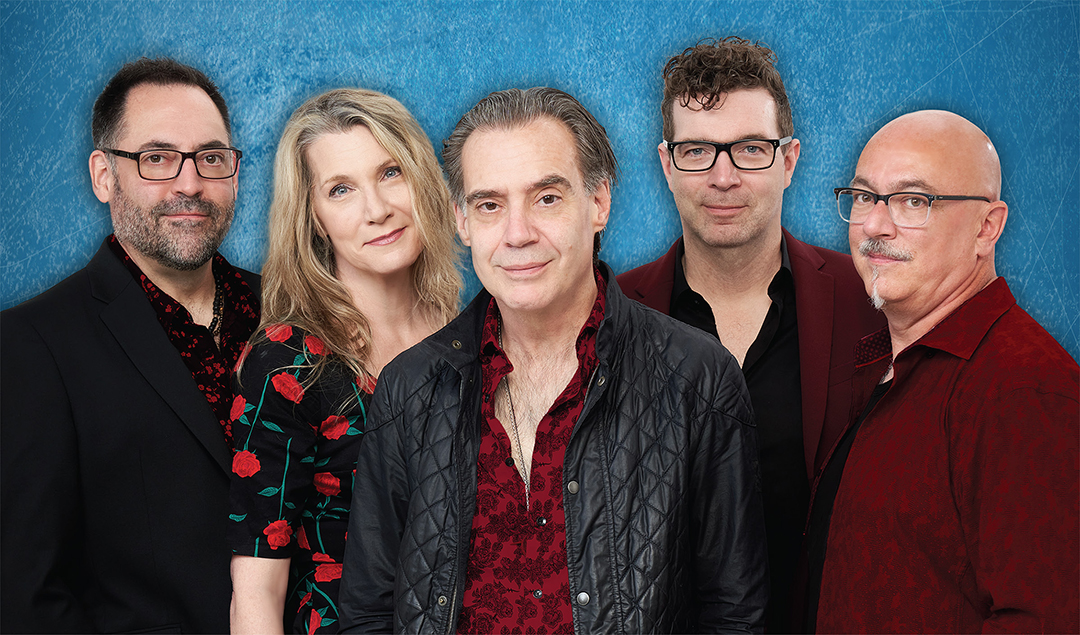 Led by singer-songwriter Brad Roberts (center), the Crash Test Dummies have been touring to celebrate their 30th anniversary.

CARMEL, Ind. – Canadian rock band the Crash Test Dummies, best known for their 1990s hit “Mmm Mmm Mmm Mmm,” will perform March 11 at the Tarkington at the Center for the Performing Arts.

Opening the show will be Carleton Stone, an Americana and pop singer-songwriter from Nova Scotia.

Tickets starting at $40 will go on sale at 10 a.m. Friday, Dec. 16, at the Palladium’s Fifth Third Bank Box Office, online at TheCenterPresents.org and by phone at (317) 843-3800. The concert is part of the Faegre Drinker Encore Series and the 2022-2023 Center Presents Season, presented in partnership with Allied Solutions.

Founded in the 1980s in Winnipeg, Canada, the Crash Test Dummies achieved international success with their multi-Grammy-nominated 1993 album God Shuffled His Feet, showcasing lead singer-songwriter Brad Roberts’ distinctive baritone voice. The group reformed in 2018 after a long hiatus and has been touring North America and Europe to mark its 30th anniversary. A new original single, “Sacred Alphabet,” is set for release in early 2023.

The Tarkington at the Center for the Performing Arts, 3 Carter Green, Carmel, IN 46032