Elvis Costello and the Imposters to play the Palladium on Nov. 16 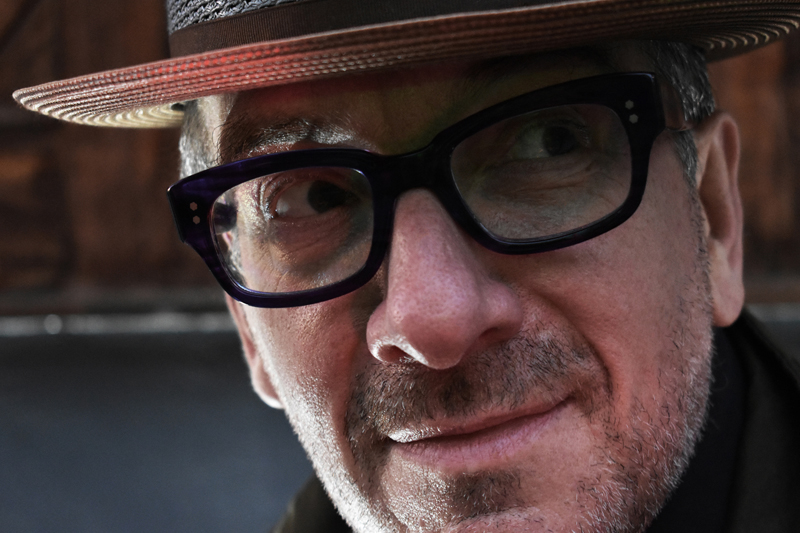 Earlier this month, Elvis Costello was awarded the title of Officer of the
Order of the British Empire, or O.B.E., for his contributions to music.

Tickets available Friday with series subscriptions, on sale separately in August
Subscribe at TheCenterPresents.org or by phone at (317) 843-3800

CARMEL, IN – Acclaimed singer-songwriter Elvis Costello will bring his band the Imposters to the Palladium on Nov. 16 for their debut appearance at the Center for the Performing Arts.

Costello emerged from England’s 1970s new wave scene to launch a genre-defying career that now boasts more than 30 albums, spanning the spectrum of Western music from punk-flavored pop and rock to country, classical and jazz sounds. The Grammy winner and Oscar nominee has collaborated with artists as diverse as Paul McCartney, Burt Bacharach, the Brodsky Quartet, Allen Toussaint, the Roots, and his wife, jazz pianist Diana Krall.

As a solo artist and with his Rock and Roll Hall of Fame band the Attractions, Costello claims four entries on Rolling Stone’s list of “The 500 Greatest Albums of All Time.” Known for their indelible melodies, clever wordplay and world-weary insights on romance, his timeless tunes have included “Alison,” “Watching the Detectives,” “Radio Radio,” “Oliver’s Army,” “Accidents Will Happen,” “Man Out of Time,” “Veronica” and “Everyday I Write the Book.”

In the Imposters, Attractions keyboardist Steve Nieve and drummer Pete Thomas are joined by bassist Davey Faragher, a founding member of Cracker known for his work with John Hiatt, Richard Thompson and many other artists. The group’s 2018 album, Don’t Look Now, was their first new release in a decade. The songs include one co-written with Carole King and two co-written with Bacharach, who also contributed piano.

Earlier this month, Costello was awarded the title of Officer of the Order of the British Empire, or O.B.E., for his contributions to music as part of the annual Queen’s Birthday Honours List.

The tour is titled “Just Trust,” and the performance is set for 8 p.m. Saturday, Nov. 16, at the Palladium, 1 Center Green, Carmel. Tickets will be available starting at 10 a.m. Friday with series subscriptions to the 2019-20 Center Presents Season sponsored by Allied Solutions. Subscriptions are available online at TheCenterPresents.org and through the Box Office at (317) 843-3800 or toll-free at (877) 909-ARTS (2787).

This concert is part of the Center’s new Encore Series, a multi-genre schedule featuring performances added throughout the season.