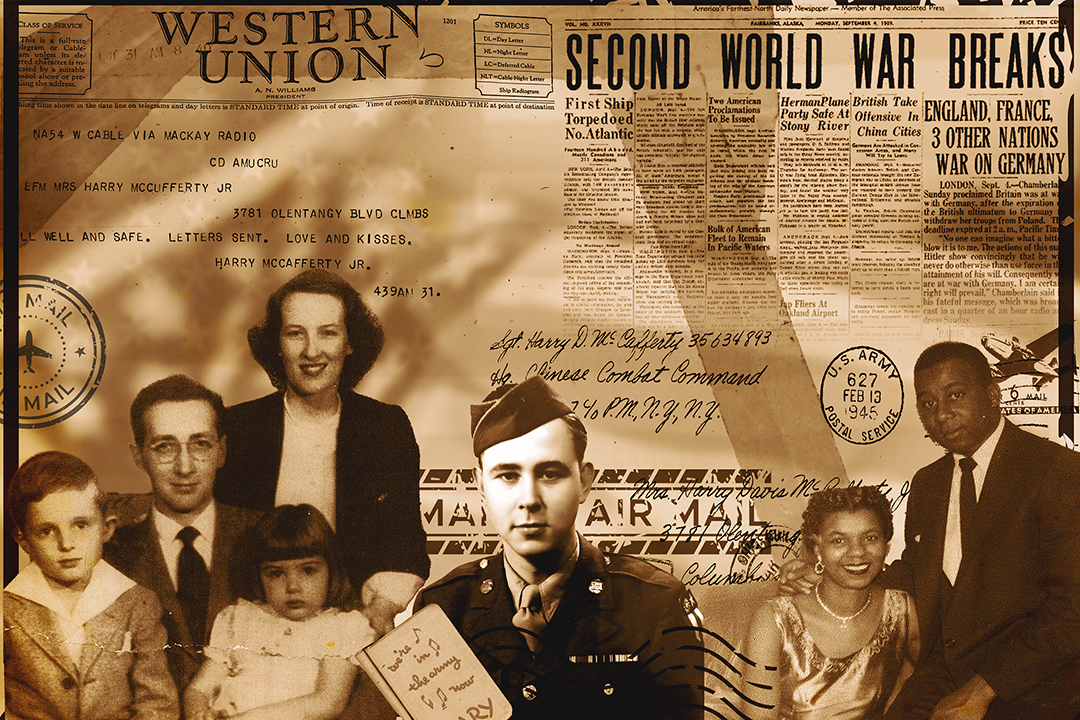 Images collected from families will be projected onstage during the performance of "I’ll Be Seeing You: Love Stories of World War II" on June 11 at the Palladium. (illustration by Kalie Clark)

CARMEL, Ind. – Telegrams, handwritten letters and firsthand recollections of wartime romance are the inspiration for an original musical production premiering June 11 at the Center for the Performing Arts.

I’ll Be Seeing You: Love Stories of World War II is a poignant revue of period songs and true stories that writer-director Ellen Kingston collected through interviews and social media exchanges with people who lived and loved through the war era, as well as their families. She considers the project a tribute to the people who have come to be known as “The Greatest Generation.”

“Our parents and grandparents were committed to their spouses and stayed the course through the Great Depression, two World Wars and so many other challenges,” said Kingston, the Center’s Director of Creative Events and a longtime presence on Indiana’s musical theater scene as an actress, singer, writer, costumer and director. “We’ll celebrate their stories and recreate the special songs of the day.”

The performance is set for 8 p.m. June 11 at the Palladium. Tickets at $10-$25 go on sale at 10 a.m. Friday, April 8, through the Center’s Fifth Third Bank Box Office, online at TheCenterPresents.org and by phone at (317) 843-3800. A free livestream will be available for viewing on the Center’s website and social media channels.

I’ll Be Seeing You presents the stories of eight specific couples, with a narrator and projected images providing background details and the performers delivering each couple’s favorite tunes and others from the period. The songs include Great American Songbook classics such as “They Can’t Take That Away from Me,” “Ev’ry Time We Say Goodbye” and “Ac-Cent-Tchu-Ate the Positive.”

“There are lighthearted moments, but some sad moments too,” said Kingston, noting that many members of the families who shared their stories will be attending the performance. “It will be a very moving experience for everyone involved.”