India.Arie to perform May 29 at Palladium

Award-winning neo-soul artist India.Arie will appear May 29 at the Center for the Performing Arts in support of her new album, Worthy. 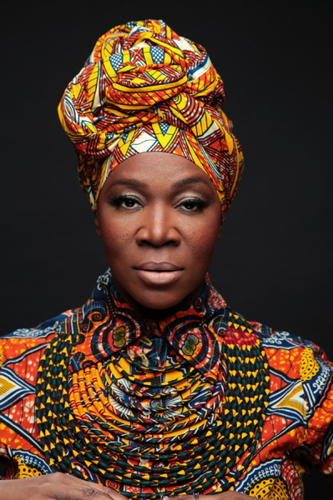 Scheduled for release Feb. 15, Worthy is the seventh studio release and the first full-length project in five years from the acclaimed singer-songwriter, who sent all but one of her previous albums to the Top 10 of the Billboard 200 album chart. The Caribbean-tinged first single, “That Magic,” is currently a Top 10 R&B hit.

Arie’s performance is set for 7:30 p.m. Wednesday, May 29, at the Palladium. Tickets starting at $35 go on sale to the general public at 10 a.m. Friday, Feb. 8, online at TheCenterPresents.org, by phone at (317) 843-3800 or at the Palladium Box Office, 1 Center Green, Carmel. For information on presale access, visit TheCenterPresents.org to join the eNews mailing list.

Every ticket purchased includes a free digital download or CD copy of the new album, which continues Arie’s exploration into signature themes of social justice and personal and spiritual growth. The second single, “What If,” is a call to action that pays tribute to civil rights pioneers Dr. Martin Luther King Jr., Rosa Parks and many more.

Arie arose from the Atlanta music scene and found almost immediate success, earning seven Grammy Award nominations with her 2001 debut album, Acoustic Soul. She has continued with a string of top-selling albums and collaborations with artists as diverse as John Mellencamp and Stevie Wonder, whom she accompanied on his historic 2015 Songs in the Key of Life Tour. Arie’s 21 Grammy nominations have brought four wins, including a Best R&B Album nod for her 2003 release Voyage to India. She also has received multiple NAACP Image Awards, BET Awards and MTV Awards, and has delivered command performances for three U.S. Presidents.