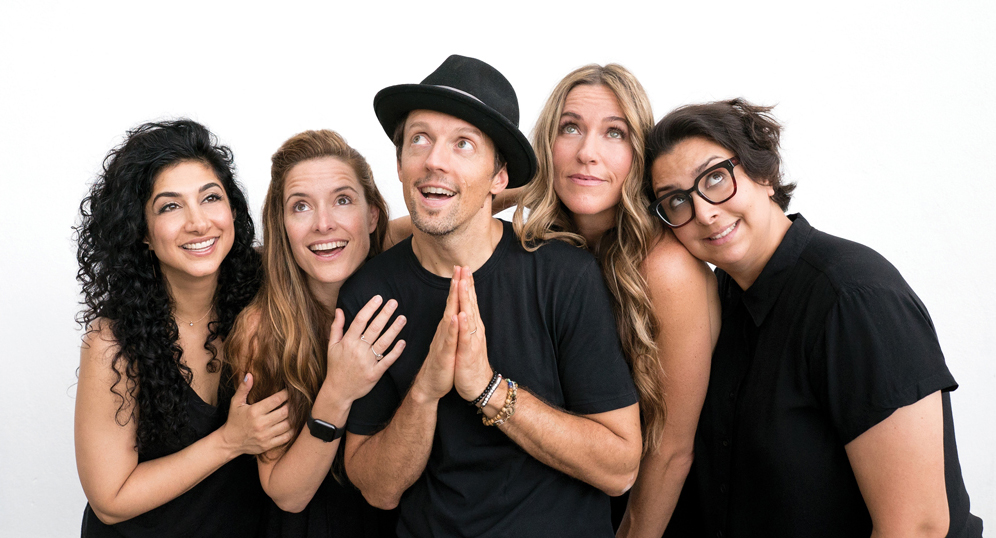 Los Angeles-based quartet Raining Jane are longtime collaborators on stage and in studio with Jason Mraz.

Tickets available now with series subscriptions, on sale separately in August
Subscribe at TheCenterPresents.org or by phone at (317) 843-3800

CARMEL, IN – Following a tour of arenas and outdoor venues across North America, Europe and Asia, Grammy-winning singer-songwriter Jason Mraz has announced a Nov. 17 date at the Center for the Performing Arts.

Backing Mraz on this newly announced tour of theaters and music halls will be the Los Angeles-based folk-rock quartet Raining Jane, longtime collaborators who often perform with Mraz and played on his 2014 acoustic album, Yes! The roadshow is billed as “Ladies & Gentleman, An Evening with Jason Mraz & Raining Jane.”

“I am thrilled to be returning to intimate venues with Raining Jane,” Mraz said. “I love the sounds and stories we make as a five-piece.”

The performance is set for 7 p.m. Sunday, Nov. 17, at the Palladium, 1 Center Green, Carmel. Tickets are available now with series subscriptions to the 2019-20 Center Presents Season sponsored by Allied Solutions. Subscriptions are available online at TheCenterPresents.org and through the Box Office at (317) 843-3800 or toll-free at (877) 909-ARTS (2787).

Since his start in the coffee houses of San Diego, Mraz has released six acclaimed studio albums of his laid-back melodic pop tunes, rooted in acoustic guitar and flavored with hints of reggae, funk and other styles. With such hits as “I Won’t Give Up,” “Make It Mine,” “Lucky” and the Top 10 smash “I’m Yours,” he has landed four Grammy nominations and two wins, among other honors.

The “Ladies & Gentleman” tour, in addition to familiar favorites, will feature new material, including songs from Mraz’s latest album, Know., released in August 2018. The album became his fifth consecutive studio album to debut in the Top 10 of the Billboard 200 and has gone on to amass hundreds of millions of streams, led by the inspiring single “Have It All.”

This concert is the first to be announced in the Center’s new Encore Series, a multi-genre series featuring performances added throughout the season.