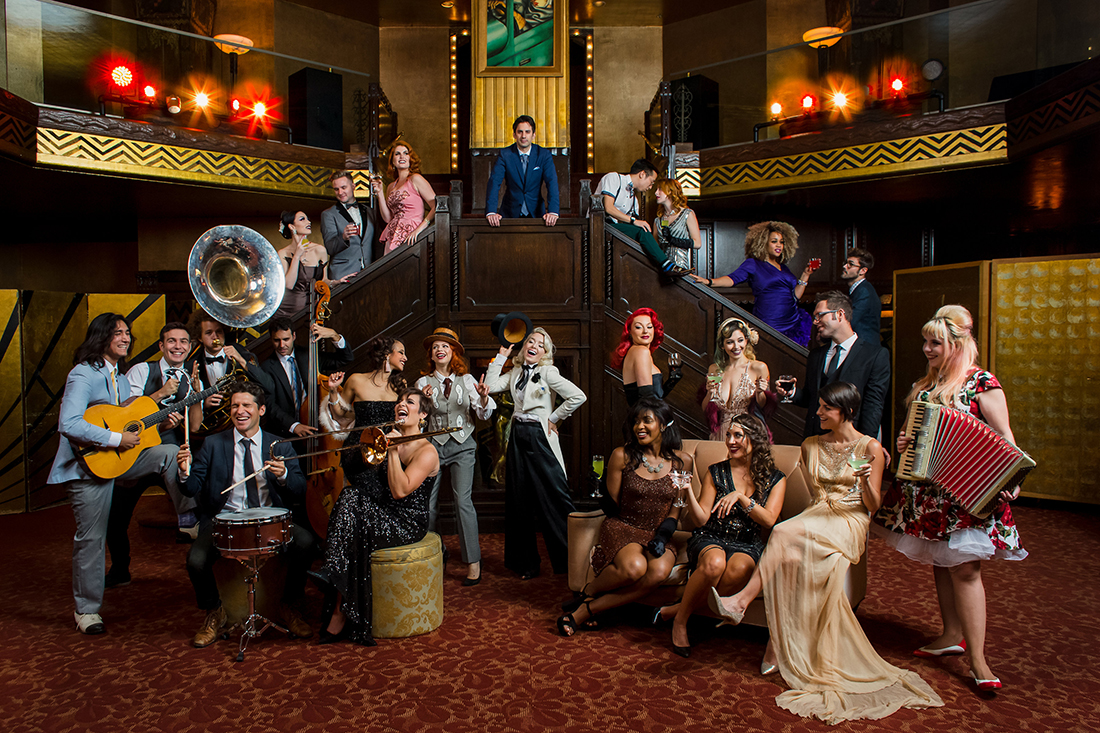 CARMEL, IN – The 40 national finalists at this year’s Songbook Academy® summer intensive can expect business tips as well as musical insights when pianist-arranger Scott Bradlee, creator of the multimedia Postmodern Jukebox empire, makes his debut as one of the Academy’s professional mentors.

Bradlee will join the teaching team to cap a week of intensive instruction and rehearsal at the 11th annual Academy, the nation’s only music program for high-schoolers focused on the classic standards of jazz, pop, Broadway and Hollywood. The Academy is the flagship education program of the Great American Songbook Foundation, founded by performer Michael Feinstein to advance the legacy of America’s timeless popular music. March 15 is the application deadline for this year’s Academy, which takes place July 11-18 at the Center for the Performing Arts in Carmel, where the Foundation is based.

Scott Bradlee’s Postmodern Jukebox began as a series of online videos featuring a collective of musicians and vocalists performing contemporary pop hits in various vintage musical styles while wearing period fashions. The ever-growing collection of viral videos has amassed nearly 1.4 billion views and 4.5 million subscribers to the project’s YouTube channel, and the PMJ brand now encompasses recordings, merchandise and multiple touring ensembles. Many of the performers have become stars in their own right.

“My own musical education began with American jazz standards, and to this day I come back to them time and time again for inspiration,” Bradlee said. “When I learned about the mission of the Songbook Foundation and the Songbook Academy, I wanted to be a part of it. I'm excited to share my knowledge with the next generation to help them craft compelling musical performances that will stand the test of time.”

Each year, hundreds of students nationwide submit audition videos in hopes of being named Songbook Academy finalists and experiencing a week of classes, workshops, critiques and mentoring from top university educators, veteran music directors from the cabaret and musical theater circuits, and Grammy and Tony Award-winning performers. The full roster for this year’s Academy is not yet announced, but past mentors have included Broadway stars Laura Osnes, Jarrod Spector and Michael McElroy, singer-songwriter Melissa Manchester, and jazz singers Jane Monheit and the Manhattan Transfer’s Cheryl Bentyne and Janis Siegel.

To apply or learn more about the Songbook Academy, email songbookacademy@thesongbook.org or visit App.GetAcceptd.com/SongbookAcademy.

Please note: Some artists may require masking and proof of vaccination or a negative test to attend. See affected performances.