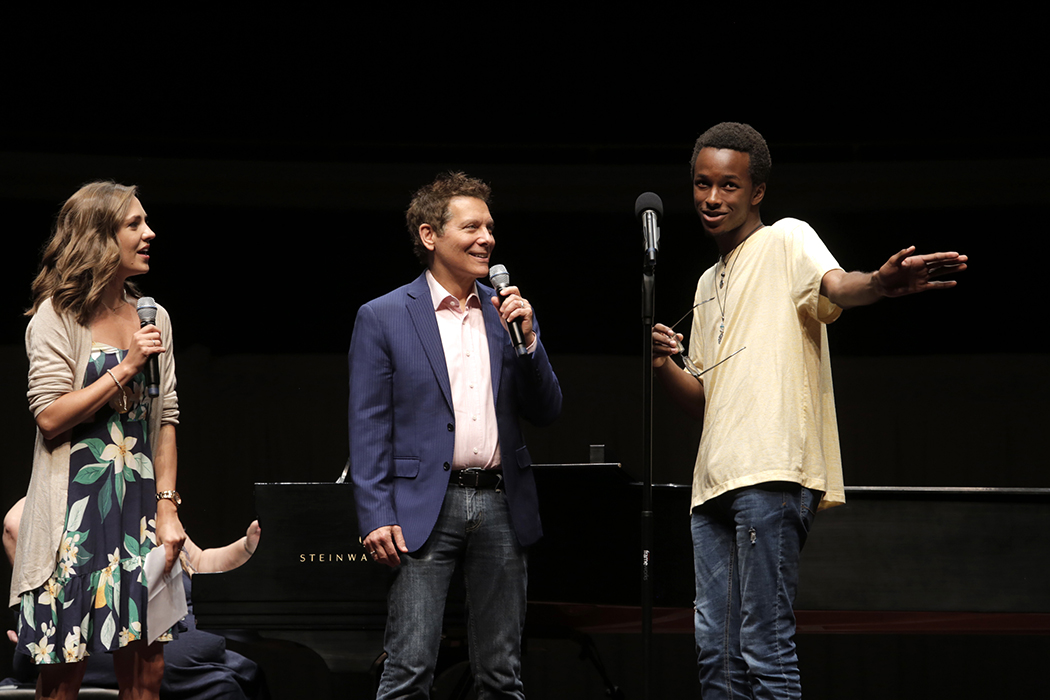 CARMEL, Ind. – For the first time ever, the Great American Songbook Foundation will provide streaming online coverage of key events from its annual Songbook Academy® summer intensive, the nation’s only youth music intensive focused on the timeless standards of pop, jazz, Broadway and Hollywood.

“Part of the magic of Academy Week is watching the spontaneous exchanges that occur as these veteran performers pass on their knowledge to a younger generation,” said Christopher Lewis, Executive Director of the Great American Songbook Foundation. “Now, in our 11th year, we can share those special moments with the world.”

The following events will stream live on the Songbook Academy Facebook page, @songbookacademy, and be posted for later viewing on the Songbook Foundation’s YouTube channel:

Catherine Walker, associate professor of music in the University of Michigan’s Department of Theatre, explores the anatomical structure of the voice, the definition of “body mapping,” and warmup and cooldown techniques that support overall vocal technique.

This session, led by Michael Feinstein and moderated by Songbook Foundation Archivist Lisa Lobdell, will include a behind-the-scenes look at the Foundation’s historical archives and preservation efforts, as well as reflections from friends and relatives of Songbook legends such as Duke Ellington, Meredith (The Music Man) Willson and songwriter Jimmy Van Heusen.

The Academy culminates in this all-day festival of music, hosted by Feinstein and featuring performances by all 40 finalists. The stream also will include faculty testimonials and special guest appearances, including a duet between Feinstein and Siegel.