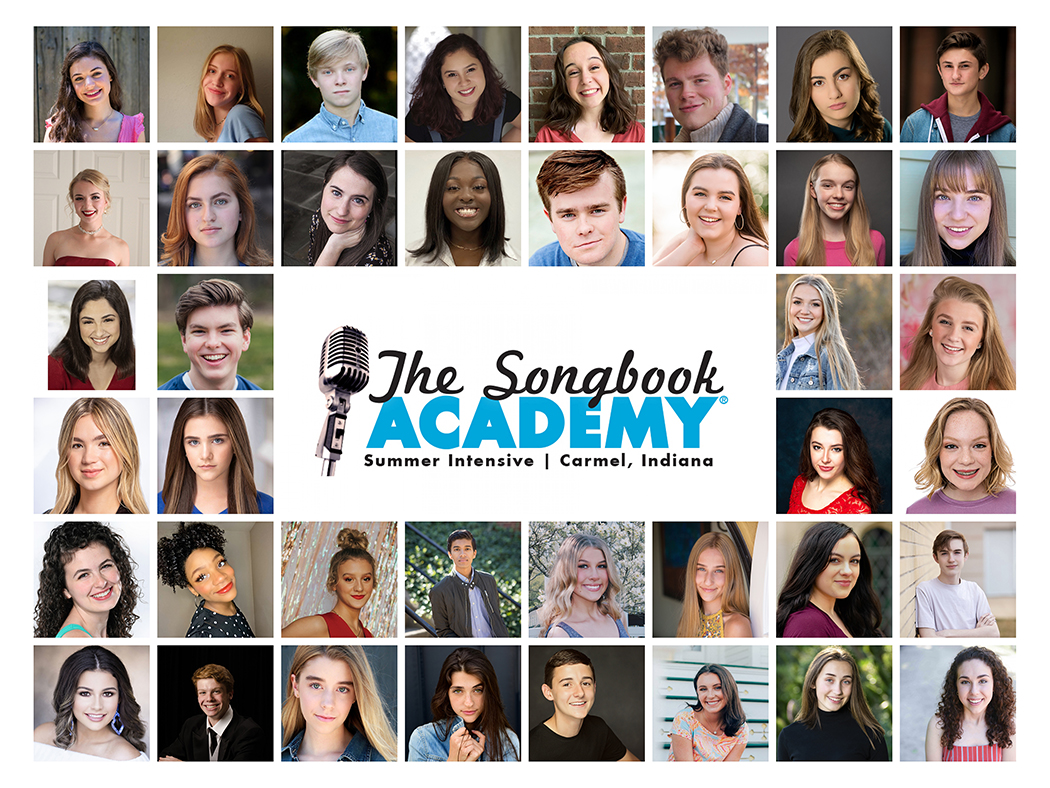 CARMEL, IN – Forty of the nation’s top high school vocalists have been selected to participate in the 2020 Songbook Academy® summer intensive, a week of personal instruction and mentoring from arts and entertainment professionals presented each year by the Great American Songbook Foundation.

Now in its 11th year, the Songbook Academy is the only youth music intensive focused on timeless standards from the worlds of jazz, Broadway, Hollywood and Tin Pan Alley. Typically offered on-site at the Center for the Performing Arts in Carmel, where the Songbook Foundation is headquartered, the program is shifting to an online format this year in response to the logistical and safety issues posed by the ongoing pandemic.

“While we are saddened we can’t gather on campus this year, we are guided by our first priority: ensuring the safety and well-being of our students, faculty, staff, volunteers, guests and the entire Songbook Academy community,” said Christopher Lewis, Executive Director of the Great American Songbook Foundation. “Fortunately, our staff and teaching faculty have been working proactively since mid-March to develop a plan that preserves the quality, the camaraderie and the personalized nature of the experience.”

In addition to Feinstein and the vocal coaches and music directors who will work with the finalists, this year’s guest mentors will include:

Although current health guidelines prohibit the customary schedule of in-person public performances during Academy Week, many of the education sessions will be available for live public viewing on Facebook and YouTube. The week will culminate July 18 in an all-day performance showcase hosted by Feinstein and streamed online for families, friends and the public to enjoy. More information and a schedule of events are available at TheSongbook.org/SongbookAcademyOnline.

On completing the program, each year’s participants are welcomed into the Songbook Academy Alumni Network to maintain their connections and stay informed about college programs, auditions and performance opportunities. Notable alumni include Maddie Baillio (2014), who starred as Tracy Turnblad in NBC’s Hairspray Live! and appeared in the 2018 Netflix comedy feature Dumplin’; and Melinda Rodriguez (2013), who won the 2019 Ella Fitzgerald Jazz Vocal Competition and recently appeared on Season 17 of NBC’s The Voice.

This year’s application process drew entries from hundreds of students representing 28 states, all of whom have received personal feedback on their audition videos. The Top 40 finalists selected by the admissions panel hail from 16 states.

The Indiana finalists are:

Finalists from elsewhere include: