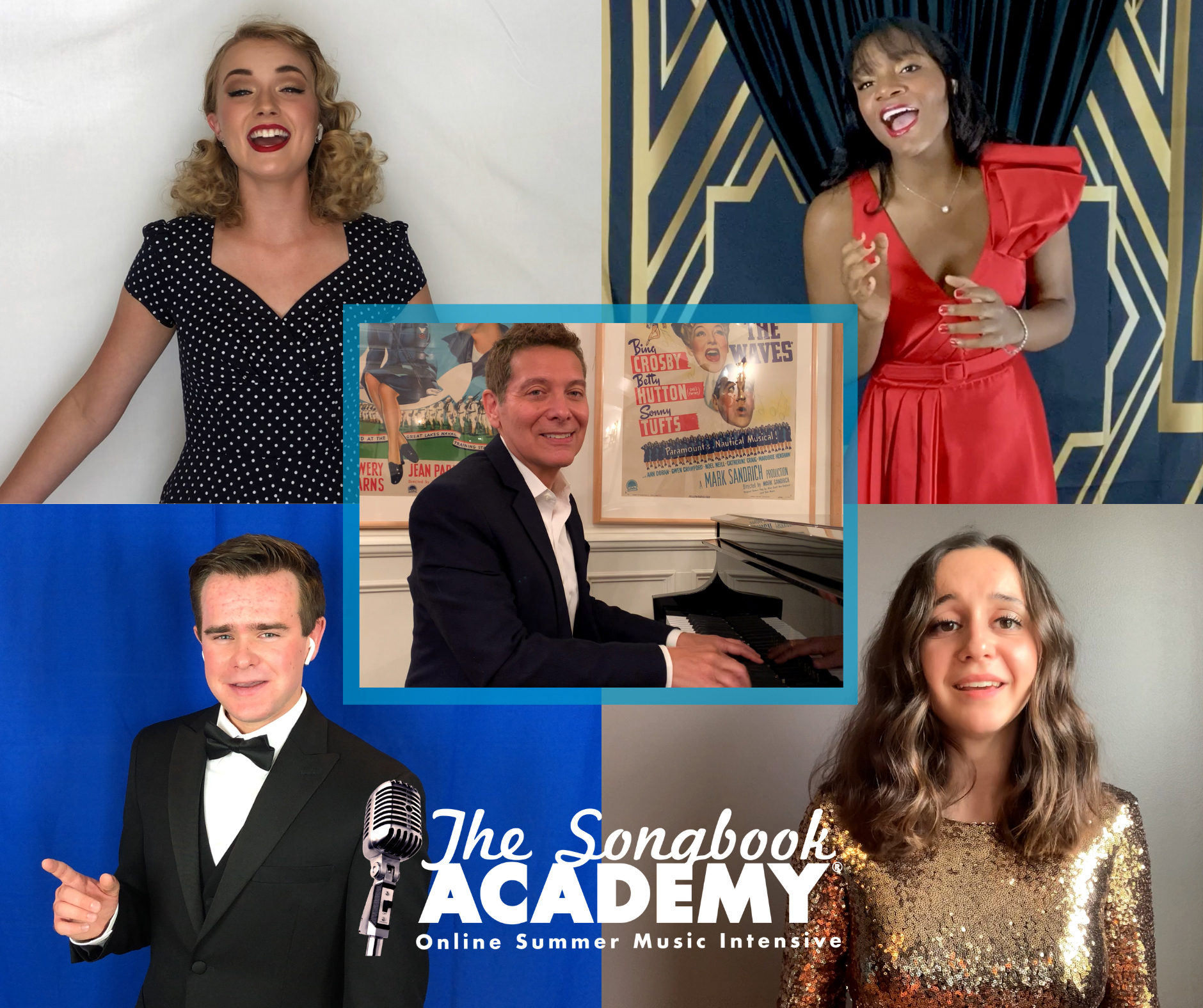 CARMEL, Ind. – The Great American Songbook Foundation’s annual Songbook Academy® summer intensive will wrap up its 11th year this Saturday with an all-day webcast of performances hosted by Michael Feinstein and featuring a guest appearance by The Manhattan Transfer’s Janis Siegel.

The Final Showcase will premiere 1-8 p.m. EDT Saturday, July 25, on the Songbook Foundation YouTube channel and the Songbook Academy Facebook page, @songbookacademy. Sponsored by Ruth’s Chris Steak House, the program will air in five hour-long segments starting every 90 minutes, each featuring eight finalists performing their selected songs with piano accompaniment. The full schedule, performer bios and other information are available in the digital program booklet.

The Songbook Academy is the only program of its kind focused on musical standards from the worlds of pop, jazz, Broadway and Hollywood. Each year, a panel of judges selects 40 of the nation’s top high school vocalists to experience a rigorous week of workshops, masterclasses and professional mentoring on topics including vocal technique, performance tips and song interpretation. This year’s mentors included Broadway stars Ashley Park and Faith Prince, Postmodern Jukebox founder Scott Bradlee, nine-time Grammy Award winner Siegel, and five-time Grammy nominee Feinstein, found of the Songbook Foundation.

The Academy typically takes place at the Center for the Performing Arts in Carmel, where key events draw capacity crowds to the Palladium concert hall. Due to public health concerns, this year’s intensive was conducted virtually, providing an opportunity to share highlights of the week online. Thousands of viewers worldwide have tuned in for the sessions, including the Public Masterclass led by Feinstein and Prince and a “Songbook 101” history lesson featuring anecdotes from friends and family of Duke Ellington and other greats.

“Despite the logistical challenges we faced this year, the sessions were as engaging and meaningful as ever, and it’s been a great pleasure to share them with a broader audience,” said Christopher Lewis, Executive Director of the Great American Songbook Foundation. “Saturday’s event will certainly please the audiences who look forward to the Academy each year, and we hope it will introduce new fans to the timeless music of the American Songbook.”