Tony Bennett to perform May 8 at the Palladium 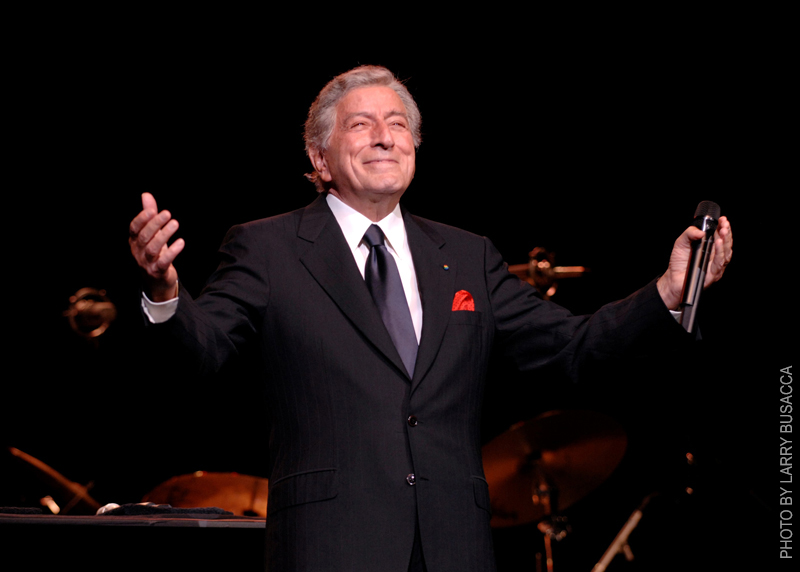 With a new hit album, living legend hits the road on “I Left My Heart” Tour

One of America’s most beloved voices returns to the Palladium in May as the Center for the Performing Arts presents the timeless Tony Bennett in concert.

Riding the success of yet another chart-topping album, Bennett will bring his “I Left My Heart” Tour to the Center at 7:30 p.m. Wednesday, May 8. The performance will be Bennett’s third at the Palladium and the first since 2014.

Tickets starting at $86 go on sale to the general public at 10 a.m. Friday, Feb. 1, online at TheCenterPresents.org/TonyBennett, by phone at (317) 843-3800 or at the Palladium Box Office, 1 Center Green, Carmel. Presale access for Center donors, series subscribers and eNews list members begins Tuesday; visit TheCenterPresents.org for eNews signup and more information.

With 19 Grammy Awards in a career spanning over six decades, Bennett is a singular figure in popular music and a champion of the Great American Songbook. Famously dubbed “the best singer in the business” by Frank Sinatra, he had established an undeniable legacy even before a career resurgence, MTV Unplugged and a series of all-star collaborations introduced him to new generations of fans.

Bennett’s 2014 collection of jazz standards with Lady Gaga, Cheek to Cheek, made him the oldest artist ever to debut at No. 1 on the Billboard 200 pop album chart. Just last year, his signature song, “I Left My Heart in San Francisco,” was inducted into the National Recording Registry, and Bennett struck gold again with Love Is Here to Stay, a celebration of the Gershwins with longtime friend Diana Krall. The new album, which topped the Billboard Jazz Albums chart and remains at No. 3 after 18 weeks, is nominated for two 2019 Grammy Awards.

Now 92, Bennett is a Kennedy Center Honoree, an NEA Jazz Master, and a recipient of the Library of Congress Gershwin Prize for Popular Song as well as the United Nations Humanitarian and Citizen of the World honors.