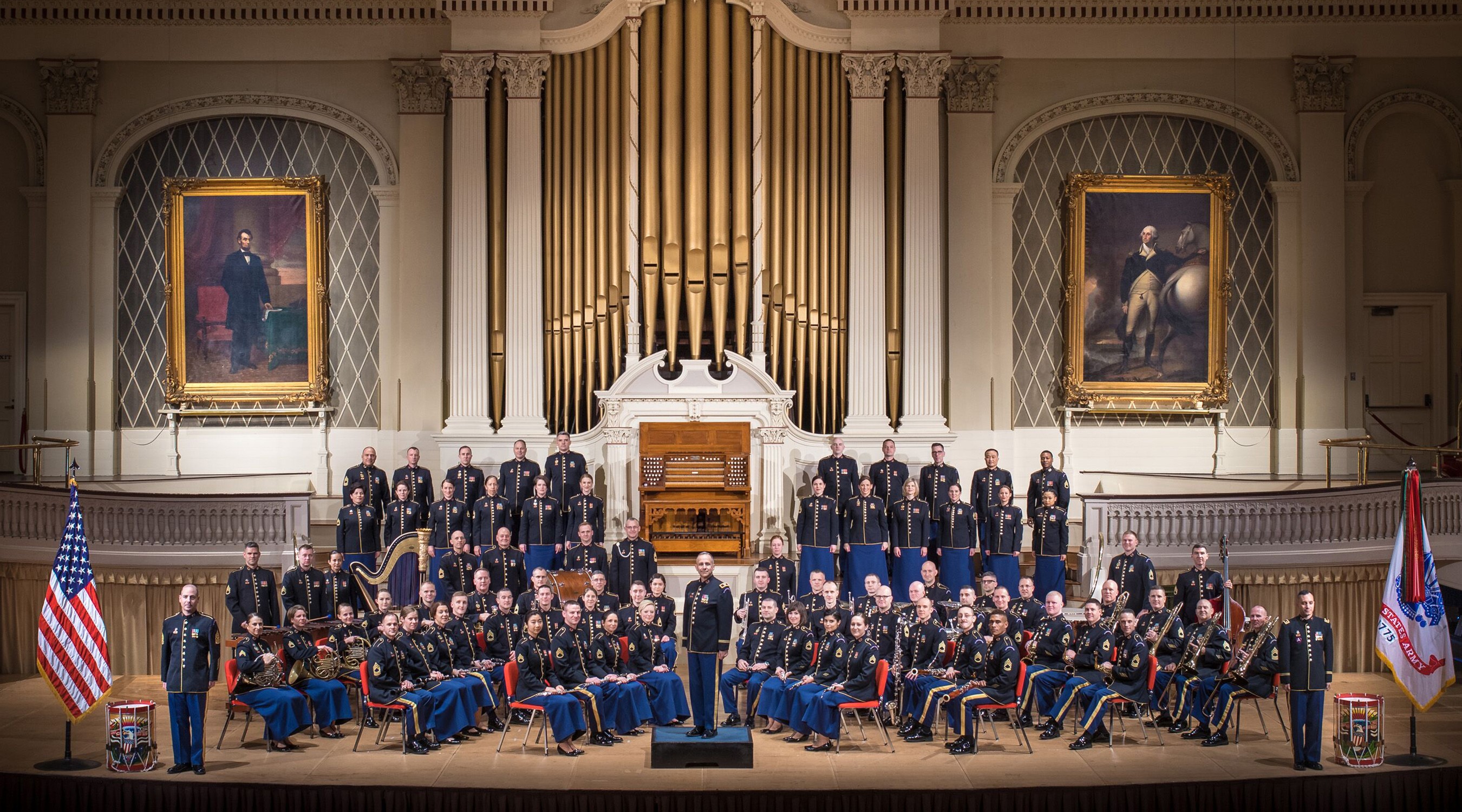 The free March 12 performance will feature the 60-member Concert Band, the oldest of the Field Band’s four performing components, and the 29-member Soldiers’ Chorus, a mixed choral ensemble. Also performing one selection will be a group of music students from Noblesville High School.

Carmel, IN – The U.S. Army Field Band is returning to the Palladium on March 12 for a free concert celebrating the contributions of America’s soldiers and veterans.

Free tickets will be available starting Feb. 4 at the Center for the Performing Arts Box Office at the Palladium, 1 Center Green, Carmel.

The U.S. Army Field Band comprises select musicians trained at renowned conservatories and universities throughout the country. Its mission is to serve and inspire the American people by telling the Army story and honoring our soldiers and veterans at home and abroad as “The Musical Ambassadors of the Army.” In addition to their national tours, formal concerts, chamber recitals and educational outreach, band members frequently represent the Army at ceremonial functions and diplomatic events overseas.

The 7:30 p.m. local performance will feature the 60-member Concert Band, the oldest of the Field Band’s four performing components, and the 29-member Soldiers’ Chorus, a mixed choral ensemble. Also performing one selection will be a group of music students from Noblesville High School.

Under the theme “This We’ll Defend,” the band’s current tour employs a wide variety of music to celebrate the camaraderie and teamwork that sustain American soldiers through their most challenging missions, from the Greatest Generation and other heroes of history to the thousands of military personnel who stand guard today in more than 140 countries around the world.

Free tickets, limited to four per household, will be available starting at 10 a.m. Tuesday, Feb. 4, at the Box Office. Due to anticipated high demand, tickets must be obtained in person and cannot be reserved online or by phone. The Box Office is open 10 a.m. to 6 p.m. Monday through Friday and noon to 4 p.m. Saturday. More information is available at (317) 843-3800 and TheCenterPresents.org.

The concert is part of the Center’s 2019-2020 Center Presents Season sponsored by Allied Solutions. Additional support is provided by the Barrington of Carmel senior living community, official community partner for the event.

What: Concert band and chorus perform wide range of music

Where: The Palladium at the Center for the Performing Arts, 1 Center Green, Carmel