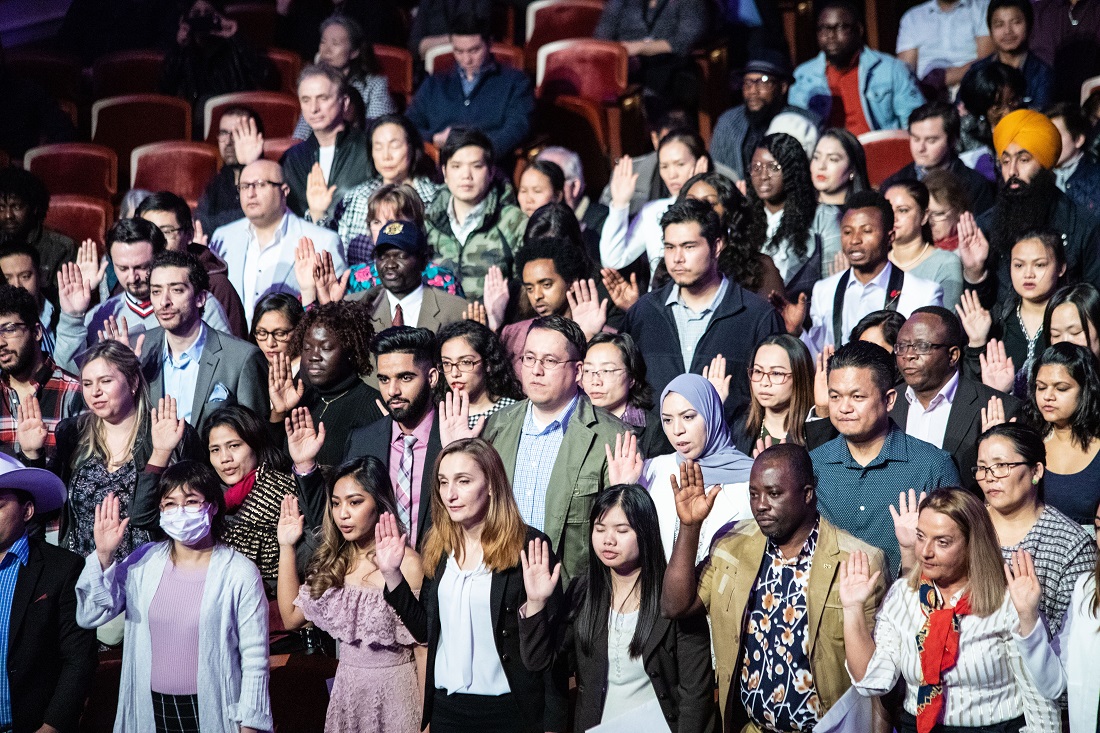 Naturalization candidates take the Oath of Allegiance during a 2020 naturalization ceremony at the Palladium. The March 23 ceremony will involve 80 people from 33 nations. (photo by Rob Slaven/Indy Ghost Light)

CARMEL, Ind. – Approximately 80 Indiana residents from 33 nations around the world will receive their U.S. citizenship Wednesday, March 23, when the Center for the Performing Arts hosts its third naturalization ceremony at the Palladium.

For this stately but joyous and inspiring event, the concert hall will become a temporary venue of the U.S. District Court for the Southern District of Indiana, encompassing the southern two-thirds of the state. The presiding judge will administer the Oath of Allegiance to foreign-born individuals who have met all application criteria for citizenship, as identified by U.S. Citizenship and Immigration Services.

The 1 p.m. ceremony will include remarks from the judge and from Center President/CEO Jeffrey C. McDermott, as well as music from the Indiana Wind Symphony, one of the Center’s Resident Companies.

Although attendance is limited to family and friends, the Center will provide a free livestream on its Center’s Facebook, YouTube and Vimeo pages.

Becoming a U.S. citizen takes time and effort. In order to enjoy the rights and privileges of citizenship, among other criteria, applicants must: