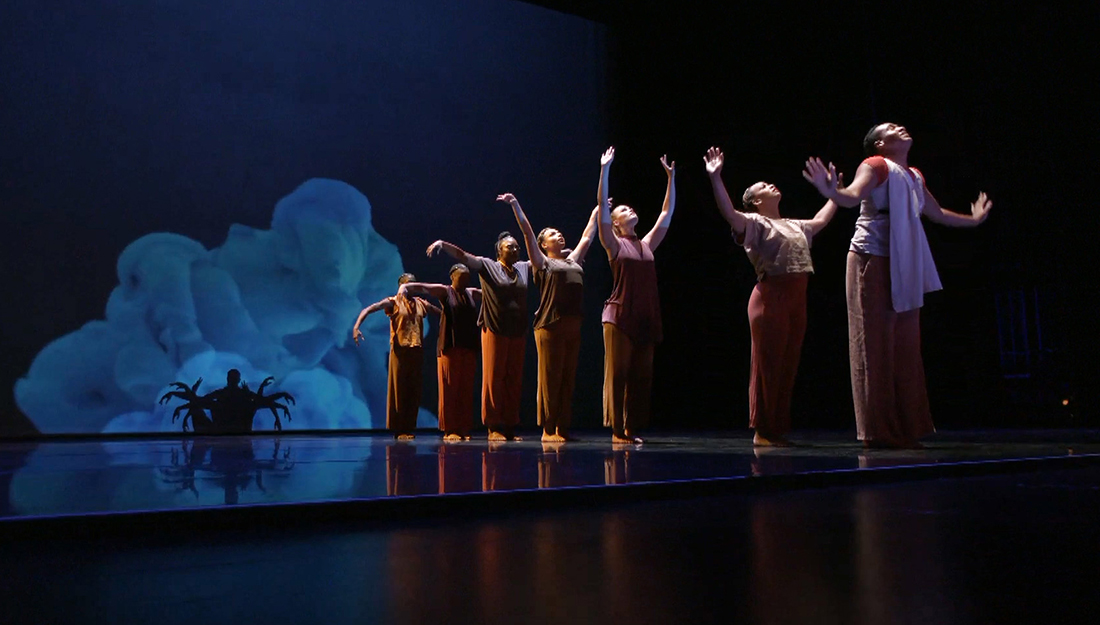 "A Place in Time" featuring Kenyettá Dance Company was one of the winning proposals in the 2021-22 inaugural round of New Works commissions at the Center for the Performing Arts.

CARMEL, Ind. – Indiana-based artists and organizations are invited to submit proposals for New Works, an annual commission program now in its second year at the Center for the Performing Arts.

Three winning proposals will receive $2,500 each in funding, along with rehearsal time and technical support, to premiere their works onstage during a special public event at the Center’s Palladium concert hall on June 10, 2023.

New Works is an initiative by the Center for the Performing Arts to promote and sustain local artists and arts communities in an inclusive way by supporting the creation of new works across all performing arts disciplines, including but not limited to music, theater and dance.

The core theme of the proposed works must align with one or more of the Center’s organizational Core Values: Integrity, Excellence, Innovation, Collaboration and Inclusion. Artists of color, indigenous artists, artists in the LGBTQ+ community, artists with disabilities, and women artists are strongly encouraged to apply. There is no application fee.

In its inaugural 2021-2022 season, New Works supported the development of three performance works: Fly High, a music and choreography piece by Monika Herzig and Zackary Herzig with Peter Kienle; A Place in Time, a contemporary ballet piece by Nicholas A. Owens and Lalah Ayan Hazelwood with Kenyettá Dance Company; and Women’s Work, a short play by Callie Burk-Hartz and Alicia LaMagdeleine with Betty Rage Productions. Video of the performances, which premiered June 4 at the Center’s Tarkington theater, is viewable on the Center’s YouTube channel.

The mission of the nonprofit Center for the Performing Arts is to engage and inspire the Central Indiana community through enriching arts experiences. Its campus in Carmel, Indiana, includes the 1,500-seat Palladium concert hall, the 500-seat Tarkington proscenium theater and the black-box Studio Theater. The Center presents and hosts hundreds of events each year, including the Center Presents performance series, featuring the best in classical, jazz, pop, rock, country, comedy and other genres. Educational and experiential programming for all ages includes children’s concerts and camps, book clubs, lectures, and classes in music and dance. The Center is home to the affiliated Great American Songbook Foundation and provides space and support services for six resident arts companies. More information is available at TheCenterPresents.org.